The story behind Giant Steps. 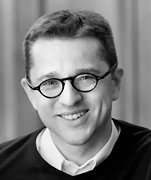 Peter Geiregat founded Giant Steps in 2013. After having been active in more than 20 countries on 3 continents providing HR and management advice, Peter wants to use his international perspective on people and organizations to help them think through the people aspects of their strategy, structure, and processes.

He started his career for a Belgian NGO working on emergency food aid programs and small business initiatives in former Yugoslavia. He moved to a UK executive search firm as a consultant, working in the Technology space, first in Belgium and later in Russia. Upon his return to Belgium, he built the HR-function in Loyens & Loeff, a large continental European law firm, where he was also member of the management committee. During his tenure the firm was elected as ‘Best Benelux law firm of the year’ (Chambers-award). In 2005 he started working for AMI Semiconductor, a former client, as European HR Business Partner where he was responsible for 8 sites and parts of the European HQ, worked on the integration of European acquisitions and was involved in managing the trade union employee relations. He then moved to the global HQ of the NASDAQ-quoted company in the US, and was responsible as a Business Partner for the HR management of several US sites and some key divisions of the global HQ.  From the US he relocated to London in 2008 where he became the Director Human Capital Europe/ India for Russell Reynolds Associates, a global leader in executive search and assessment. In this role he built the HR function for 16 offices in 12 countries and was part of the European management team until 2013.

He founded Giant Steps to give HR advice to the non-profit and corporate world and to build bridges between them, based on a strong belief there is mutual learning and benefit for both worlds to connect. Since he started he advised 3 years the management team of Doctors Without Borders on their HR vision and performance management in the field. He also worked on the global Transition Program of Amnesty International. From 2015 to 2017 he acted as the Chief People Officer of Real Impact Analytics. Since 2017 he represents Showpad as their Chief People Officer and member of the executive team. During his tenure Showpad went from 150 to 450 people and raised more than $100 million. Showpad was named one of the ten fastest growing private software companies in Europe.

The name of the firm refers to the 1959 jazz record ‘Giant Steps’ of John Coltrane. After having worked with Miles Davis and other jazz giants, it was his first iconic album as a leader, defining new standards still inspiring harmonic thinking today.